NBA: Ten Surprises To Look Out For This Season

The NBA season couldn’t return quick enough, and with official tip off already underway, it’s time for ChiSide’s annual NBA season outlook. This year I’ll be posting my thoughts on the unexpected. Last season brought us the unforgettable “Linsanity”, the emergence of the Denver Nuggets and the various trades that put the league on its head the league. With a full 82-game season slated, expect more of the same; expect the unexpected.

1. Kyrie Irving vaults himself into a top 15 player in the league

The 2011 number one overall selection had a rookie season better than superstar point guards Derrick Rose and Russell Westbrook had. The next step for him is to become the players both are. While Irving does not have another Kevin Durant-type on his team, the Cleveland Cavaliers have a solid foundation that could make huge strides if Irving steps his game up significantly, which transitions into my next surprise…

2. The Cleveland Cavaliers will be a lot better than you think

Head coach Byron Scott has ironed out the kinks in his first two seasons managing the club. After a 19-win first year, Scott got the Cavs to 21 wins in 66 games (equivalent to 26 wins in 82 games), a seven game improvement. If all goes according to plan (barring key injuries), Cleveland can crack 40 wins. If Irving becomes transcendent, power forward Anderson Varejao stays healthy and second-year center Tristan Thompson makes a jump, the Cavs can win a lot of close contests in a weakened Eastern Conference that has lost superstars Derrick Rose and Dwight Howard.

The X-factor for Cleveland will be none other than Varejao. The crafty Brazilian, in my opinion, is as good as Chicago Bulls center Joakim Noah. Varejao is one of the league’s best floppers (yes, this is a good thing) and draws offensive fouls at an astounding rate. He averaged 11 points and 11.5 rebounds in 31 minutes of play through 25 games last year. Noah averaged 10 and 10 last year in 30 minutes throughout a whole season. There’s no doubt that Varejao’s presence is vital to this team’s success.

3. The Los Angeles Lakers will not lead the league in wins

The Western Conference is tough and the Lakers have the oldest starting five in the league with an average age of 32. In addition to a full 82-game schedule, head coach Mike Brown will be preserving the legs of his older starters for a late playoff run. It would not be far-fetched if the Denver Nuggets were able to finish the regular season off with two-to-five more wins than the Lakers. END_OF_DOCUMENT_TOKEN_TO_BE_REPLACED 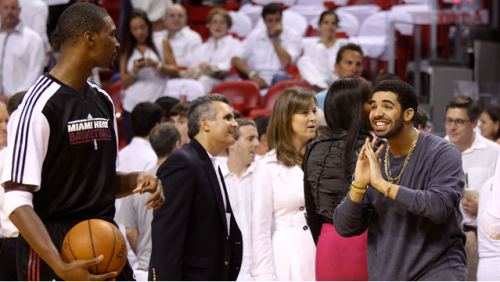 This one might come under fire by hip-hop and Ye fans, but the similarities are striking. It’s no lie when you say that both are disliked people by the general public. Kanye had his moment(s), Lebron has had his. However, both have proven their worth in their industries and are extremely important to both of their games. Both men have single-handedly altered each of their games in someway both for the positive and negative. It’s also important to think of both as “all-around players”. Lebron can do just about everything on both ends of the court, while Kanye can produce, rap, write, and (try to) sing.
END_OF_DOCUMENT_TOKEN_TO_BE_REPLACED