Sunday Stat; What the Hawks need to do to force Game 7 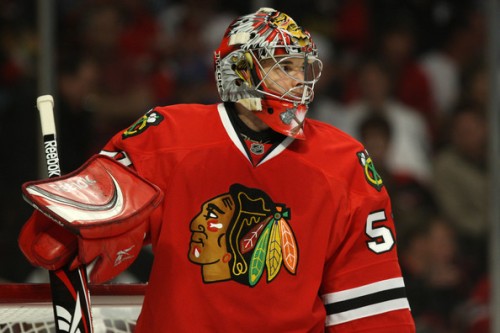 Apologies to the five or six people that read the blog (hi mom!). We should be back and running after a busy weekend where me and Bojda went on a date (just kidding) to see the legendary Talib Kweli (video will be posted) and I saw Girl Talk. Now let’s get down to business.

Did you know: that Hawks’ goalie Corey Crawford has more points (two assists) than over half of the Vancouver Canucks leading into Game 6. If we keep winning by 5+ he’ll probably end up with more points than Kesler.

I’ll leave you with the theme song for tonight: