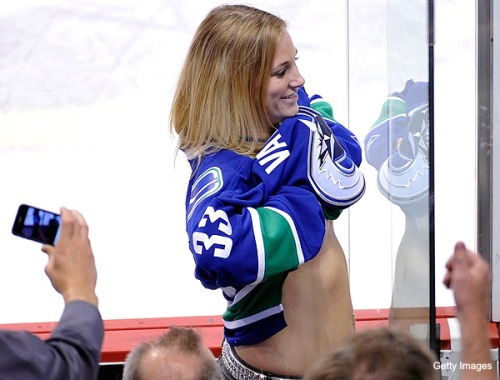 Well, this one went past my head.

Apparently during Game 2 of the Western Conference Finals, a female Canucks fan decided to bring out the Lord Stanley’s C-cups early. As former Blackhawk forward and enforcer Ben Eager entered the penalty box in the third period, CBC’s cameras caught a glimpse of this girl’s twins pressed against the penalty box glass. Eager can be seen taking a cursory glance over at the fan. Video down below:

I hope Eager taped it down, lol.

The uncensored video can be seen here.

Also, this isn’t the first time this has happened at a hockey game either (Link also very NSFW).